Dentistry South of the Border

Salvador loves cheap - she prepped for her nuptials by typing "cheap wedding" into Google not long ago - and her quest for cut-rate dentistry didn't disappoint.

At her computer in suburban Miami, Salvador found herself in an international cyber-bazaar of dentistry come-ons targeting patients in the United States, where 45 percent of the population has no dental insurance. The Internet offers crowns in Costa Rica, where "a few miles buys beautiful smiles," root canals in Bangkok and Caracas, and implants in Budapest, where the "Hungarian medical level of training compares to UK or Irish practitioners,"according to one Web site.

Tempted as she was to head for Bangkok, Salvador, 58, chose Mexico, which is quickly transforming its border cities into catch basins for millions of bargain-hunting and uninsured Americans. Arizona retirement communities now organize regular bus tours for Mexican dental work and inexpensive drugs. New hospitals have opened in Tijuana, because some U.S. health plans have begun covering services in Mexico. And tiny border communities, some about an hour from Ciudad Juarez, are becoming dentistry boomtowns to handle an ever-growing flow of American patients flying in from as far away as Alaska.

In a recent University of Texas study, 86 percent of low-income El Paso residents surveyed - half of whom were illegal immigrants - said they receive medical care or buy prescription drugs from Mexico. Similarly, a study published in the Pan-American Journal of Health found that more than 37 percent of uninsured New Mexico border residents get medical care in Mexico.

Americans travel to Mexico for stomach surgery, eye exams and routine checkups. But it is the dentistas - thousands of them strung along the border - who are in the vanguard in attracting U.S. health consumers.

Mexican dentists often charge one-fifth to one-fourth of U.S. prices. Their operating costs are substantially lower than those in the United States, and because the Mexican legal system makes it almost impossible to sue them, they don't have to worry about high malpractice insurance premiums.

With such a differential, El Paso residents sometimes decline dental insurance to avoid paying even modest premiums for employer plans, said Nuria Homedes, a public health expert at the University of Texas.

The phenomenon has unsettled U.S.-based dentists, who tell horror stories of rampant infections, undetected cases of oral cancer and shoddy work south of the border - claims hotly disputed by Mexican dentists. Rick Murray, executive director of the Arizona Dental Association, said he recently talked a friend out of taking his son to Mexico for treatment.

But some U.S. dentists, Murray said, have conceded to the competition and begun a "reverse migration," opening offices in Mexico to take advantage of lower costs.

The Mexican dental empire comes into view the moment Americans step off the footbridge that leads from downtown El Paso to Ciudad Juarez. The first building they see is a squat dental office with tinted windows. Once they hit downtown's Juarez Avenue, they find taxi drivers hustling fares for trips to the dentist - "Don't worry. Clean. You'll like them." - along with the usual pitches for prostitutes, cocaine and discount cowboy boots.
Email Post 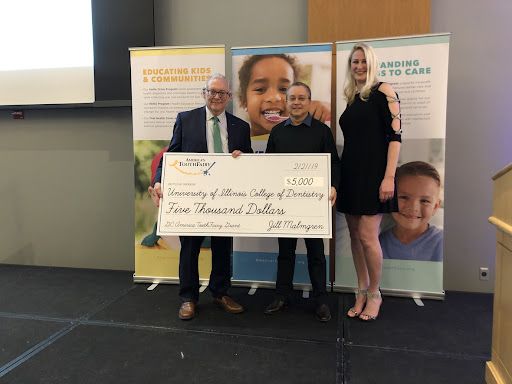